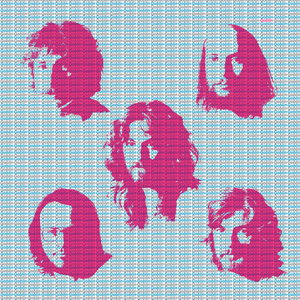 The accurate work of LP reissues from the Goblin’s catalogue made by AMS Records was still missing a piece in particular, an isolated episode in the Roman band’s career, which many still ignore the existence of. “Volo” is in fact a very uncommon release, produced in a year (1982) where the musical landscape in which Goblin were born had already deeply changed; For the band the period between the ’70s and’ 80s was an hectic one, passed through various changes of style and line-up.

Like a few others in their discography, “Volo” is not a soundtrack, although its title-track had been used as “Discoring” TV program opening theme. The band was lead by bassist Fabio Pignatelli and keyboardist Maurizio Guarini, together with Marco Rinalduzzi (guitar), Derek Wilson (drummer) and Mauro Lusini (vocals). This record is essentially a pop music album, wisely arranged and produced, featuring among others Antonio Marangolo on saxophone and Walter Martino on drums, who’s mostly known to Goblin fans for having played on “Profondo Rosso” and “Perchè si uccidono” by Reale Impero Britannico.

This AMS release, faithful to the original one, is the first ever LP reissue in exactly 35 years!