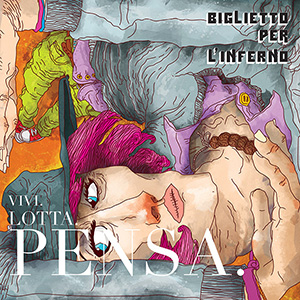 Side B:
4.Mente Solamente
5.L'amico suicida

This LP edition comes in an initial pressing of 300 copies on red vinly, each one including a 5-postcard set with photos of the band.