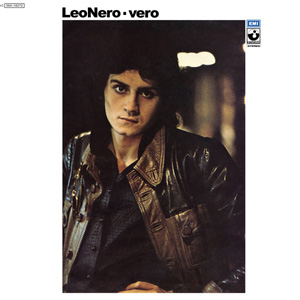 After the release of the legendary YS, the band Balletto di Bronzo disbanded and their leader Gianni Leone had a short solo career under the name of Leo Nero. The result was a very good album, “Vero”, released by the legendary Harvest label in 1977 and recorded a year before in New York.

The album is totally played and sung by Leo himself, and despite some commercial pop songs, it has some good moments reminding of his old band’s sound, like in “La discesa nel cervello”, “Il castello” and the intense closing track “Una gabbia per me”.
Obviously the sound is mainly keyboard based, but Leone played drums, minimoog bass lines and even guitar on some tracks. An album track, “Sono stanco anch’io”, appeared on the B-side of a single from 1978, “Fremo”.

A very rare and collectible album, “Vero” only had a limited vinyl reissue in Japan, and now, for the very first time, is released on a great sounding 180g high quality vinyl!