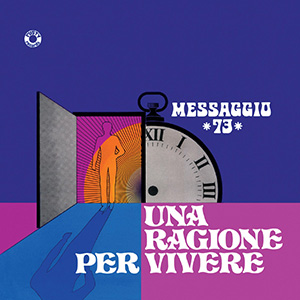 Messaggio 73 were one of those bands who, during the ’70s, proposed religious-themed lyrics over a melodic rock basis; their “Una ragione per vivere” is one of the best albums of that genre. Founded in the oratory in a small village near Lecco (Lombardy, Italy), they lived really successful period between 1974 and 1982, a really adventurous season made of memorable evenings, shows, TV appearances, but also of sad events such as the loss, by car accident, of pianist Renato Bodega and light technician Sergio Colombo.

The band dedicated them a song, “Sergio e Renato”, that was included the only LP of theirs “Una ragione per vivere” (A reason to live), which included songs from the recital “E la luce fu” (And then there was light), a theatrical roadshow that was even recorded by the national RAI TV. The album contains soft-rock tracks with religious words, together with instrumental classical-oriented cuts like the initial “Concerto pop” and a remake of the notable Albinoni’s “Adagio”.

Originally released on Rusty Records label in 1976, Messaggio 73’s album has already been reissued on CD by AMS Records in 2012, and it’s finally made available for the very first time ever on LP format in a faithful reproduction of the original version. An important reissue for a minor but nonetheless fundamental piece in the vast world of Italian progressive rock.