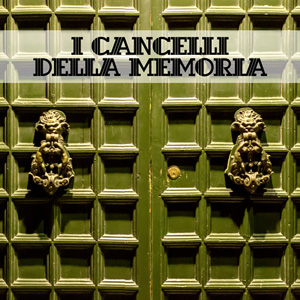 The box-set, offered in a valuable gimmick package, contains a folded poster (23x35cm) with the flyer of Battiato’s Pollution concert held in Bologna in Piazza S. Stefano in 1972, and contains both CD and DVD version of Cancelli della Memoria’s concert (75 min.).

The video section also includes an outstanding 40-minute bonus with interviews to some of the protagonists of the ‘70 period with Franco Battiato; from the dear departed Gianni Mocchetti to Jutta Nienhaus (Analogy – hers is the voice in “Da Oriente a Occidente”), even arriving to the presence of the same Battiato who, together with Gianluigi Pezzera (sound engineer of Bla Bla), Gianfranco D’Adda (historical drummer and percussionist of Battiato of the Bla Bla period until ’85) and Mario “LP” Dalla Stella (historical drummer of Battiato of the ‘72/’73 tour and of “Pollution”) tells us facts and anecdotes of the wonderful ‘70s. Also Paolo Raimondi (scenes), who starred in the play Baby Sitter with Battiato in 1977, is present in the concert video.