THE RIME OF THE ANCIENT MARINER – CHAPTER ONE 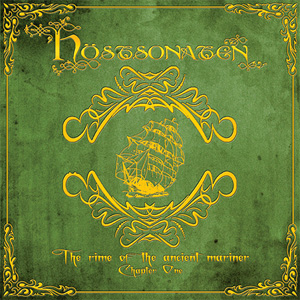 The idea of making a musical transposition of the famous Samuel Taylor Coleridge’s poem “The Rime of the Ancient Mariner” was conceived by Fabio Zuffanti years ago in 1995, but soon abandoned until today, right after the release of the four chapters of the successful “Seasoncyle” tetralogy about the four seasons.

Zuffanti, eminent personality of today’s Italian Prog scene, and worldwide acclaimed thanks to his various projects such as Höstsonaten, Finisterre and La Maschera di Cera, has now concluded the first in a series of two volumes dedicated to the “Rime…”. The first CD contains the first four parts of the opus, while the second three parts will end on a second album which will be released in 2013.

The music is, if possible, more symphonic, theatrical and majestic than ever, with touches of celtic music, hard/new-prog and much more, developed in five long compositions. The vocal duties rely on five different vocalists, with the aim to explore, interpret and give the listener the emotions of the dark and dreamy poem by Coleridge.

(Available in a Japanese edition with bonus CD, including instrumental mixes of four of the five songs of the regular disc)