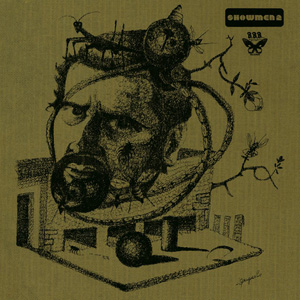 The Showmen from Naples had some soul influenced hits in the sixties featuring names like Mario Musella, James Senese (Napoli Centrale) and Elio D’Anna (Osanna). After a short time Senese and Del Prete, aided by the guitarist Botta, reformed the group with a new line-up, this time much more influenced by the current Italian prog tendencies and released the album called “Showmen 2”.

The album contains a peculiar mix of rock, jazz and prog, somewhere in between Osanna and the more dynamic British bands of jazz influenced prog. The music is powerful, well played, with strong horn arrangements that make this album unique in the Italian prog scene of the time. The band disbanded after the album, founders Senese and Del Prete creating Napoli Centrale with a production of three jazz-rock albums in 1975-77.

Much confusion has been made about Showmen’s name, with their album being reissued by B.B.B. label as “Showmen 2 / Napoli Centrale”; a later compilation on the same label mixed tracks from their 60’s beat repertoire, the Showmen 2 album and even a Chicago track cover, “Introduction”.
[source: www.italianprog.com]

At least the very first legitimate reissue of this Neapolitan masterpiece dated 1972!
In the last years there have been some bootleg releases of this record, with material poorly mastered, wrong artworks or with music taken from previous demo sessions. So this is the first legitimate release (as the original LP is very hard to find), taken from master tapes and faithful to the original artwork. Not to be missed for lovers of the Naples prog scene (Ref: Osanna, Uno, Nova, Città Frontale, Cervello, Luna, Napoli Centrale).