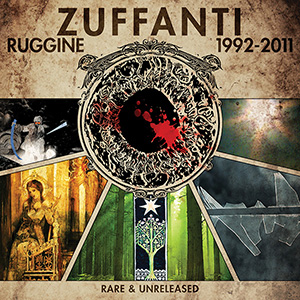 On March 28, 2015 Fabio Zuffanti, prolific Genovese artist active for a couple decades in the Italian progressive rock scene, celebrated the twentieth anniversary of his own musical career (which began officially in 1995 with the debut of the same name Finisterre): a very special event was held, which brought on the same stage almost every musicians he collaborated with during the years.

For the occasion, in agreement with AMS Records, this special CD-R entitled “Rust, 1992-2011” was produced: over seventy minutes in length covered by 14 songs including demos, unreleased tracks and rarities, ranging between Fabio’s various projects such Höstsonaten , Aries, AMP, Merlin, Valley & Zuffanti and his solo works.

Musically speaking, the spectrum is very wide and varied, as Zuffanti’s production has been over the years, and there is no better definition to this release than the artist’s own words: ‘Rust’ is the place of the forgotten songs that come back afloat, to trace a path from past to future.