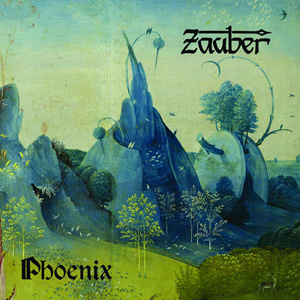 After being long out of stock, this album is now available again thanks to AMS Records and a strongly limited and hand-numbered edition; Zauber’s masterpiece “Phoenix” contains recordings made in 1977, just before the release of their highly acclaimed debut album “Il sogno”.

The original Phoenix record was carefully remastered, an absolutely fantastic artwork was added, and in the end the band even found a nice bonus track in its vaults.

“Phoenix” is dreamy keyboard-driven Italian prog at its highest peaks, with a beautiful and haunting female voice, acoustic guitar, and as already told, lots of keyboards and flute.