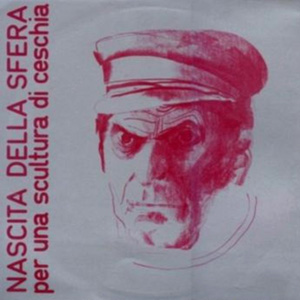 Nascita della Sfera was a group of session musicians assembled by a composer to record a single LP.
In this case composer and keyboardist Carlo Barbiera dedicated a full album to the life and works of sculptor Luciano Ceschia (1926-1991), both coming from near Udine, Friuli Venezia Giulia, in the north-east of Italy. The rare album is a rather original example of experimental electro-acoustic progressive style, mainly based on synth effects and acoustic guitars and often reminding some of Battiato’s early works.

Despite the presence of five singers in the line-up, the vocal parts are short, spoken rather than sung. 19 tracks are listed on the cover, but these are connected to form two long suites. All in all an interesting album for the adventurous listeners in search of something different.