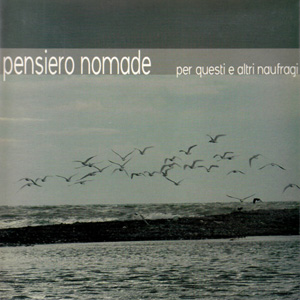 “Pensiero nomade – per questi ed altri naufragi” is the debut solo CD of former Germinale member Salvo Lazzara (guitar, bass and bassoon, stick). Germinale released 4 CD’s between 1994 and 2005 before splitting last year. Together with Finisterre and Moongarden the band was considered as the flagship of modern Italian progressive rock.

Salvo Lazzara’s brand-new instrumental CD is an excellent and refined piece of work. It reminds the mellower and intimate side of the acclaimed Germinale sound, but with influences of David Sylvian, Mick Karn, Steve Jansen and Richard Barbieri. A must not only for Germinale fans, but especially for lovers of dreamy, pastoral, laid-back and atmospheric sounds, highlightning a melancholic and lush approach to Mediterranean traditions, but always keeping a complex and adventurous structure. Excellent!