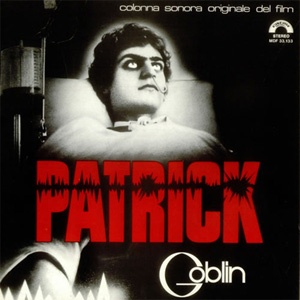 “Patrick” is an Australian thriller/horror movie made in 1978; at the beginning of the following year, Goblin were asked by the Italian distributor of the film, De Laurentis, to write a new soundtrack – originally composed by an Australian musician called… Brian May! – for the Italian movie market. The result is a mix of old songs chosen added by the Cinevox Record label and new selections, strongly influenced by Alan Parsons Project.