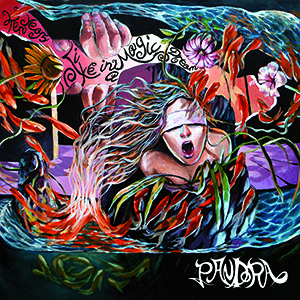 Pandora, a quartet from Piedmont, Italy, is one of the historical bands housed by AMS Records, and this “Ten years like in a magic dream…” is their fourth album in about a decade of uninterrupted collaboration.

Their new record celebrates the tenth anniversary of the group, with a complete reinterpretation of the best songs from their previous work, here sung in English for the very first time. The menu is then fulfilled with five personal reworks of great progressive rock classics, originally written and recorded by just as many sources of inspiration for Pandora: Banco del Mutuo Soccorso, Emerson Lake & Palmer, Yes, Marillion and Genesis, the latter already homaged in the song “Turin 03.02.1974”, which precisely tells the feelings of witnessing a concert of Peter Gabriel’s band and his mates in their heyday.

The main formula stays the same: a complex and multifaceted, magniloquent and baroque progressive rock, ruled by keyboards and by the impressive rhythm section led by Claudio Colombo; the album ranges in particular from hard rock to symphonic scores of all kinds, via some occasional jump into the sound of the ’80s. Also the cover artwork has been commissioned once again to the artist Emoni Viruet, here also participating with her own voice in an even more active part of the album making process.

In a few words: Pandora remain a solid certainty in the current Italian prog-rock scene!

Fragments of the Present:
1.Always and Everywhere
– Overture: Fantasia in Pandora Major
2.The way you are
3.Turin 03.02.1974
4.Drunken Poet’s Drama 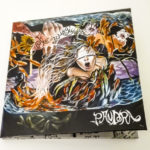 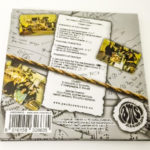 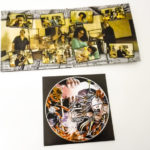 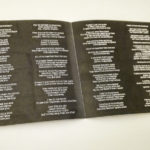