ON THE ROAD TO YS 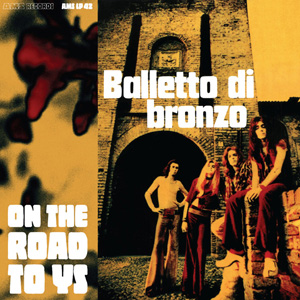 “On the Road to YS” is a landmark in Balletto di Bronzo’s history, because it is the demo recording made by the band in 1971 at Phonogram studios Milan, featuring the embryonic versions of two songs that would later be merged into YS (Introduzione and Secondo Incontro), with English vocals, and arrangements that are quite different than the final ones. However, these demos will convince Phonogram to offer the band a record deal. In 1972 they released “YS”. The rest is history.
Taken form master tapes, and remastered by Gianni Leone and Nicola di Gia in 2010.