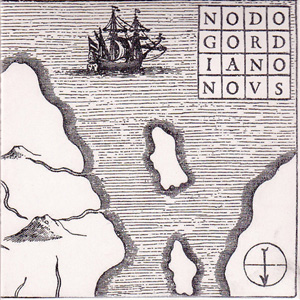 “Nous” is the fourth album by Nodo Gordiano, a band from Rome born in the late ’90s as a cover band of King Crimson, Pink Floyd and Genesis. This work represents their artistic maturity coming from an evolution lasting over fifteen years; besides the elaborate geometric pace of the typical group’s sound, there are many references to a more vintage Italian ’70s prog sonorities, making this CD the most direct and appealing one released by the Roman trio.

“The album is the result of a new creative journey undertaken by the band, also stimulated by the renewed line-up, thanks to the return of guitarist Fabrizio Santoro (Vu-Meters) in the line-up, which returns to the form of a trio open to experimentation and stylistic contamination. The new work was conceived, recorded and mixed by the band at Officine Nodo Gordiano and mastered by AudioMaster (Milan, Italy)”.
(Source: hamelinprog.com)