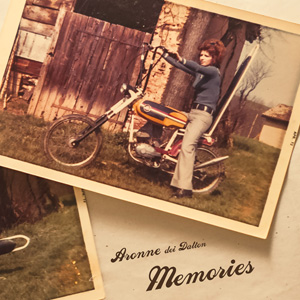 Side B:
6.Omaggio
7.Breathe no more
8.Claudia
9.Se avessi un paio d'ali
10.In memory of Claudia

Already released on papersleeve CD format in September 2017, “Memories” comes back again about a year later in this black vinyl 180gr. ‘reviewed’ version, both on the visual – with the addition of new different photos from the previous edition – and the musical side – with a different tracklist and some different mixes. The right dimension for a sound that comes directly from the golden age of Italian progressive rock!