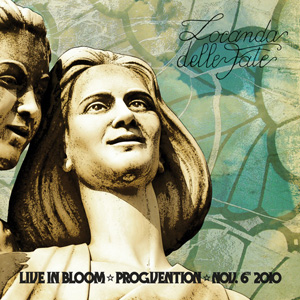 The third and last “Live in Bloom” is now available, delivered by another Italian Progressive Rock legendary band such as Locanda delle Fate, who played the Progvention Festival at Bloom in Mezzago (Milan, Italy) on November 6th 2010, together with Garybaldi and Alphataurus.

This release, only available in LP format, is the last one in the series of official recordings from a magnificent and unforgettable night, not only engraved in the LP grooves, but also in the photos enclosed in the gatefold sleeve.