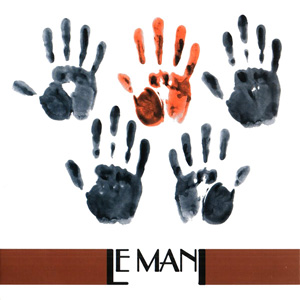 AMS Records recently discovered some obscure vintage recordings by italian progressive group LE MANI, formed in the early Seventies by Claudio Fucci and Dario Piana. After professional mastering and sound restoration, five very interesting tracks recorded by Le Mani have been brought back to life. This is good italian prog-rock from the vaults of the mid-Seventies, a must for all collectors!

Le Mani was a band from Milan that played many concerts in the early Seventies supporting Banco, PFM and other groups.Then they made a deal with the legendary Trident label (Semiramis, Biglietto per L’Inferno, Trip, Opus Avantra…) and started to record their first LP; the title was scheduled as TRI 10 but due to the fact that the label closed, it was never released. Two of the members were Claudio Fucci (who released a self-titled album some years earlier for Trident) and Dario Piana, who nowadays is a well-known film director, doing lots of tv commercials in Japan. The five songs we have found are from a 1976 recording and are simply incredible, lots of keyboard and flute, Italian lyrics, musically a blend of PFM, Banco, Alphataurus and Emerson, Lake & Palmer!!!

This release is now available in a strictly limited edition of 666 copies, housed in a deluxe papersleeve CD.