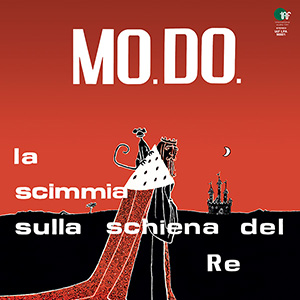 A minor band from the Bergamo area, founded in 1978 from the ashes of Dalton by drummer Locatelli, that only released an album in 1980.
La scimmia sulla schiena del re is a short eight-track album with the usual classical influences and some Gentle Giant-inspired sounds and rhythm changes. Half of the tracks are instrumental with the opening Preludio in D one of the best cuts.
Unfortunately there was no more interest in progressive music when the album came out and it had a limited distribution causing the band to split soon after.
(source: www.italianprog.com)