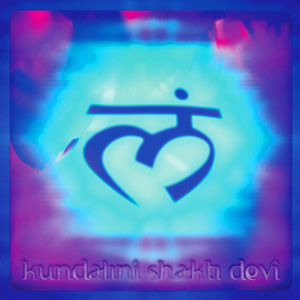 Side B:
3.Flash - Parte II
4.Sensitività

As sometimes happens, the eponymous “Kundalinî Shakti Devî” release is a mysterious album, hidden for decades – was recorded back in 1974! – on a tape stored in some drawer, that has been reopened and rediscovered only today. History repeats: the mastermind of the project, Roberto “Paramhansa” Puddu, managed to put together an ensemble of seven musicians with whom he recorded three long tracks, lasting an average of over 15 minutes each, but the genre in 1974 was already struggling to attract the interest of some music manager who could produce and distribute the LP.

The music is inspired by the classic Italian progressive rock, with lyrics about science fiction (“Sensitivity”, “Galactic Museum”) and criticism of the consumer society (“Flash”), while the ‘external’ influences ‘external’ carry the name of Van Der Graaf Generator and some German cosmic music – just listen to the long instrumental song sections to realize that yourself!

An exceptional discovery, to stay besides the minor – but not less important, of course! – classics of Italian prog.