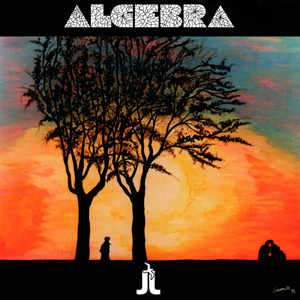 Brand new record for Algebra, JL is a concept album inspired by Richard Bach’s “Jonathan Livingston Seagull”. Musically speaking, the basic structure of this concept album can surely be seen as belonging to progressive rock, embracing at once different influences from jazz to folk, from fusion to opera, from classical music to a more traditional songwriting approach, never forgetting the strength of the typical Italian melody, which has been so appreciated abroad over the years.

Apart from the well-known Algebra band, the project features some illustrious guests whose credentials shine in the firmament of progressive rock, beginning with Steve and John Hackett (the former Genesis guitarist plays a short but stunning solo on Il molo deserto, while his brother adds his wonderful flute playing to three tracks), while two of the most characteristic singers of the 70’s also can be heard within: the dreamy voice of Le Orme’s Aldo Tagliapietra (who introduces the protagonist of the story) and the raving singing of Osanna’s Lino Vairetti. But the project also showcases artists of completely different backgrounds such as Italian-Serbian songwriter Goran Kuzminac or rocker Graziano Romani.

An absorbing sonic adventure which, in the space of just less than one hour, allows the listener to join in on a trip with no limits, in an unlimited idea of freedom. Thus with the most pure and Italian progressive rock.