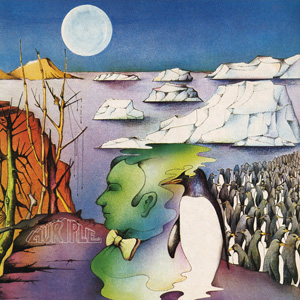 This new papersleeve reiusse, taken from the master tapes, includes an old live recording bonus track (as a matter of fact an unreleased track!!) from the 1973 Be In festival in Naples, and three studio live tracks from “Quadri da un’esposizione”, with the newcomer guitarist Maurizio Campagnano and the vocalist Claudia
d’Ottavi.
The papersleeve also contains as bonus a live DVD from the March 2010 reunion concert. Of course there is also a huge booklet with many never seen before pictures!