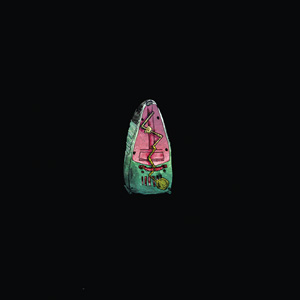 Since the late ’60s the ‘prog’ term’ has always been synonymous with the breakdown of the classic song concept, thanks to the contamination of rock music with other genres. Based on this philosophy, Fabio Zuffanti brings the ‘prog’ concept to our days taking into account what, in terms of styles, is currently alive and pulsating: pop, electronic, avant-garde and much more. Easy to say, much more complicated to do: for this reason, between Zuffanti’s previous solo record (“La Quarta Vittima”, 2014) and “In/Out” five long years of meticulous work have passed.

First of all, “In/Out” makes use of the fundamental contribution of guitarist and skilful experimenter Livio Magnini (Bluvertigo). Like Brian Eno, Magnini dismantles Fabio’s compositions structure and puts a wide variety of alienating sounds made with guitars, loops, acoustic and electronic drums, traditional instruments manipulated and made unrecognizable, even and odd rhythms, constant mood changes, from relaxed and bright to tense and obscure ones.

For this record Zuffanti has decided to appear only as a composer and musician, leaving the singer role to the refined voice of Fabio Cinti (singer-songwriter, fresh winner of the Premio Tenco), who worked on Fabio’s melodies to make them totally of his own. The other guest musicians are Nicola Manzan (Bologna Violenta), who enriches the songs with his violin, Paolo “Paolo” Tixi and Giovanni Pastorino (already with Zuffanti in his ZBand), offering a dynamic and inventive rhythmic section the first, and a full-bodied keyboard apparatus the second. “In/Out” also sees the essential collaborations of journalist/musician Piergiorgio Pardo on lyrics and Enrico Gabrielli (Calibro 35, Afterhours, Mariposa and many others) on the illustrations the album artwork is made of.