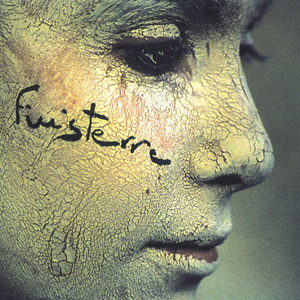 “In ogni luogo” was the third album originally released by Finisterre for Iridea records in 1999. In this record the progressive attitude of the band is mixed with many other influences: classical music, jazz, creating an instrumental approach that transcends genres, in other words simply playing some great music.

The wide-ranging creativity of Finisterre can be found in the ethno-futuristic alchemy of ‘Coro elettrico’ or in the movie collage “Snaporaz”, in a performance full of emotions-in-motion while the nice title track “In ogni luogo” (“everywhere” in Italian) is made of dreamy melodies (“Le città indicibili”, with the excellent violin of Sergio Caputo).

The outstanding production by Roberto Colombo has to be mentioned, as well as the involvement in two songs of the charming voice of Francesca Lago: in the nocturnal and jazzy ‘Continuitàdilaraneltempo’ (with the fantastic sax of Edmondo Romano) and the final “Wittgenstein mon amour”.

This papersleeve CD reissue has been carefully remastered, has a renewed artwork, new liner notes and four completely unreleased tracks dating back to the recording sessions of 1998.
A italoprog landmark finally available again!