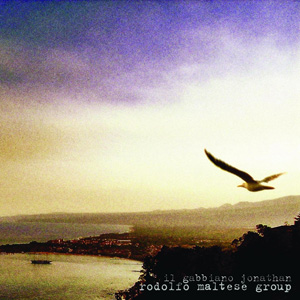 Before forming Indaco, in 1987 Rodolfo Maltese (Banco del Mutuo Soccorso) recorded this concept album dedicated to “Jonathan Livingston Seagull” a novel written by Richard Bach about a seagull learning about life and fligh. Together with Rodolfo in this CD we can listen to a unique series of guest stars: Walter Martino (Ritratto di Dorian Gray, Reale Accademia di Musica, Goblin), Vittorio Nocenzi (Banco Del Mutuo Soccorso), Riccado Cocciante and many others.

It is a pity that it has been never released because “Il Gabbiano Jonathan” is a wonderful record, mainly instrumental and of course focused on Rodolfo’s great guitar playing. You can find the first ethnical Mediterranean sounds that became typical for Indaco, some laid back and high class Italian jazz-rock and some more epic and guitar-solo focused tracks. All in all it is an important missing link and a must have for fans of Indaco and Banco del Mutuo Soccorso.