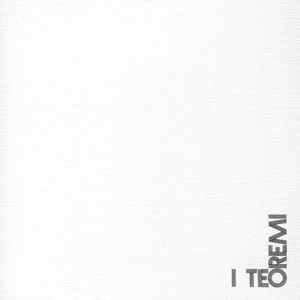 A quartet from Rome, though their singer Vincenzo “Lord Enzo” Massetti came from Naples, they debuted with a single in 1971. The album, simply called “I Teoremi”, is one of the rarest Italian prog-era albums, though not a proper prog LP, as it contains a hard rock inspired sound in the same style as early Rovescio della Medaglia. It was released in 1972 on the small Polaris label, that also produced the “Alpha ralpha boulevard” LP by I Numi, and contains seven self-penned tracks, mostly in the hard rock vein, with light prog influences as in the long “Mare della tranquillit”, the only track including piano. A very good album whose original copies are worth a
fortune.

Bassist Aldo Bellanova later went to Samadhi, while Lord Enzo left Italy to Thailand where he is still working as singer. Drummer Claudio Mastracci briefly played with Il Punto (also at Villa Pamphili festival in Rome with them), and later with some pop artists like Donatella Rettore and Sergio Caputo, and in some TV shows orchestras. He still works as drum teacher. Guitarist Mario Schilirò has played with important Italian artists like Antonello Venditti and, still now since many years, Zucchero.
[source: www.italianprog.com]

An incredibly rare album, this reissue is a perfect replica of the original one, with a textured gatefold cover and a flap on the right side as the original.
Black vinyl edition.