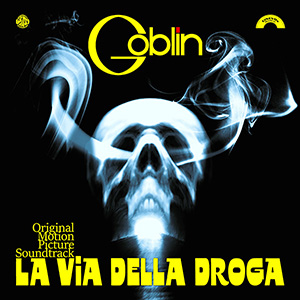 The term ‘cult’, in reference to artistic productions, can have two meanings: the first concerns those works that have become so famous by crossing the barriers of a specific genre of belonging and being part of a global culture, something that ‘one can’t be unaware of’; the second one refers to what was unjustly neglected at the time of its release, and that has only recently been rediscovered and re-evaluated by a small group of enthusiasts.

In this second sense, “La via della droga” (mainly exported as “The Heroine Busters” or “Dealer Connection”) is a totally cult film: a serious crime movie, coming out when (1977) the genre was already losing it at the expense of the cheaper ‘Italian comedy’, could not last long. And so it was, in fact, despite the presence of the actor David Hemmings, the same starring in “Deep Red”.

An even more cult item is Goblin’s soundtrack, here in a 4-piece configuration (Simonetti / Morante / Pignatelli / Marangolo) immediately after the recording of “Suspiria” and keyboardist Guarini’s resignation. It had been necessary to wait until the ’90s for an official publication of those songs that remained completely unedited for over two decades.

“La via della droga” comes out on AMS Records for the Record Store Day 2016. It’s the first vinyl edition ever, with new artwork and a poster attached with reproductions of flyers and lobby cards of the film. The vinyl also, in white color, carries tracks that hadn’t yet seen the light outside of the movie, for a total of over 34 cuts! In a few words: the most complete version ever released of this hidden gem!!! 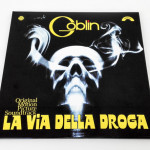 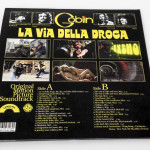 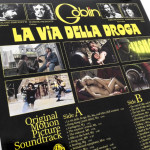 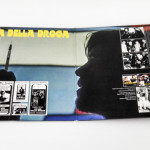 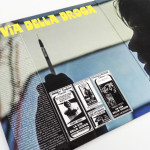 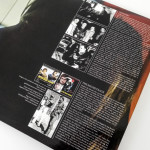 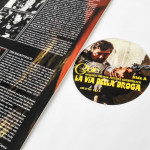 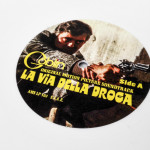 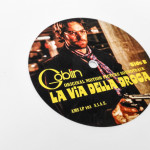