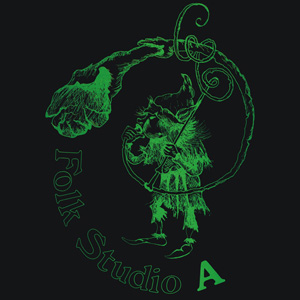 Released nearly 25 years ago in a very limited pressing, Folk Studio A’s debut has quickly become one of the most rare and sought after Lp’s coming from Italy.

We are aware that many collectible rarities can be musically very thin, but this is not the case of this stunning masterpiece. Following the footsteps of the British folkprog revival they delivered a shiny
little gem that can be easily put on the same level of giants like Mellow Candle, Tudor Lodge, Fairport Convention, Pentangle, Steeleye Span or Spriguns.

Folk Studio is a meeting of two cultures, popular and classical, and in this experience musicians with different origins are united by a common passion for the original music of Celtic countries, but at the same time the music is reinterpreted through a continental sensitivity rich with original compositions and careful arrangements.

This CD reissue faithfully reproduces the original LP issue, contains one bonus track and is reissued in a limited hand-numbered edition of 500 copies.