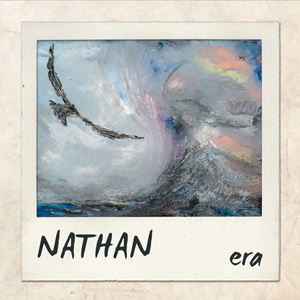 Born as a tribute band of Genesis, Pink Floyd and Supertramp, the Ligurian Nathan debuted on AMS Records with “Nebulosa” in 2016, a surprising album, the result of a real revolution within the band that led them to compose only original songs. But the group’s inspiration has not been confined to the debut record, and “Era” is here to fully demonstrate that, a further step forward in comparison to the previous work.

To the initial revolution, now an evolution follows; noteworthy improvements can in fact be highlighted on several aspects: songwriting, consistency and clarity of sound, production (always taken care by keyboardist Piergiorgio Abba) for a release that, starting from a base of symphonic progressive rock flows into a solid modern and personal heavy-prog. The past is now behind, for Nathan a new “Era” begins!