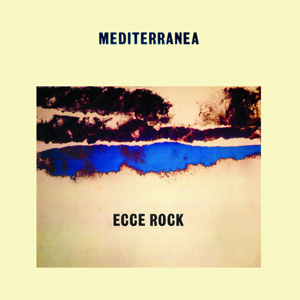 Mediterranea only released an LP in 1981, which nowadays is particularly rare and sought after by foreign collectors. Coming from Caserta, this trio was formed in 1978 and led by guitarist Fausto Mesolella before his huge success until nowadays with the well-known band Avion Travel. Together with him where Pasquale Ziccardi (later on bass player for the legendary NCCP) and Agostino Santoro on drums.

The album is really great and contains 9 all-instrumental tracks, but being released in a period where progrock was not fashionable at all. Nevertheless it was noticed by a Japanese label that printed it in the land of the rising sun, but with a totally different cover. For comparisons the typical “spaghetti-prog” of PFM comes to mind, at least in matters of catchiness, though Mediterranea have a personal and distinctive approach that will please all lovers of italoprog with strong Mediterranean hints, tough not folky at all, as the great guitar work of Fausto Mesolella is always in the foreground.

For us this is an underrated masterpiece! Released for the very first time on CD it contains both the original and the Japanese cover, extensive liner notes by the musicians and some picture of Mediterranea today.