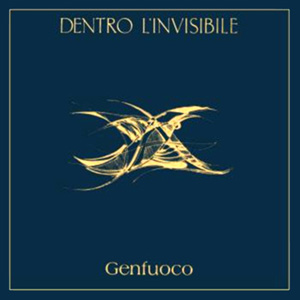 Side A:
1.Ouverture
2.Della Tana
3.Traspare
4.Terra Promessa - parte I

A band from Tuscany, formed in the mid-70’s in Siena, they released a self produced nine-track tape, Antichi confini, in 1976, and being part of the international Gen christian movement they were invited to play in various european Genfest festivals.

Their first and only album in 1979 was on the religious Città Nuova label that had also produced bands with similar names like Gen Verde and Gen Rosso.
“Dentro l’invisibile” had a limited distribution mainly in bookshops, and is rare to find now, though not a particularly interesting album for prog fans. Acoustic, soft atmospheres are prevalent with good use of flute, sax, keyboards, like in the opening “Ouverture”, but the tracks have limited instrumental interludes and are mainly built on the vocal parts.
The album marked the end of the band, that split around 1980.
(Source: www.italianprog.com)

First time 180gr vinyl reissue, identical to the original version with lyrics and infos printed on the inlay LP envelope.