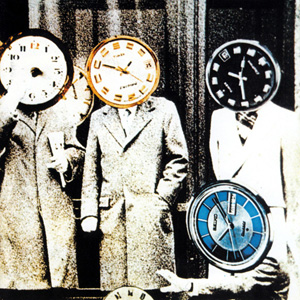 One of the most experimental bands of the Italian Prog scene, Dedalus were founded at the beginning of the ’70s by Michele Bonansone (keyboards, cello, vocals) and Marco Di Castri (guitar, saxophone) in Pinerolo, near Turin.

Their first eponymous LP consists of instrumental jazz-rock compositions, influenced by artists like Nucleus, Miles Davis, Soft Machine, Stockhausen and many other musical innovators of the time. “Dedalus” was originally released in 1973, and in the same year the band took part at the Avantgarde and New Trends Festival in Naples, being pointed as the real revelation of the event.

The album, enclosed in one of the most peculiar Italian Prog artworks by Cesare Monti, already contains some of the avantgarde hints which would be fully developed in the following “Materiale per tre esecutori e nastro magnetico”.