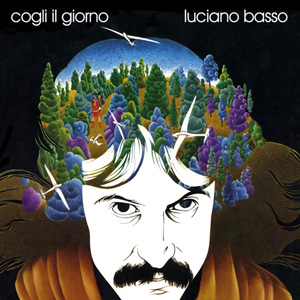 1978-2008… after thirty years this is – and actually was back then – my favourite album, both for the progressive-classical experiments it contains and for the particular way instruments were played on it: I created an ensemble of musical effects and counterpoints, trying to find a way to pronounce the word ‘modern’ in music.
The album was composed between autumn 1977 and spring 1978, and expresses a strong synergy between images and music, of which the cover is a fundamental guideline; the aim was to simultaneously generate different experiences and sounds, as in a kaleidoscope.
The melodic-harmonic binding bears sometimes from a long sounds propagation and when harmonic elements freely evolve; rapid rhythm-melody changes flow in deep musical research, where human voice enters as an outlander, slowly dissolving its typical connotations.
The way I worked on ‘pacing’ – an elusive component in every musical expression – is very important here, because it became a sort of operative kernel for a never-ending series of variations and modulations.
Sounds and words derive from a long journey through my way of living and facing musical creation, being always aware that my mind was walking close to our modern times issues.
The album title – “Cogli il Giorno”, Seize the Day – comes directly from Orazio’s “Carpe Diem”: live every moment, and catch every second of your life, not that anything can be stolen of our thoughts and existence.