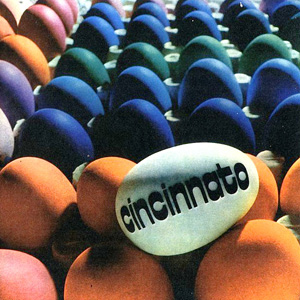 Among the rarest Italian progressive rock albums ever, “Cincinnato” is also one of the most interesting, musically speaking. The album was recorded by an ensemble of four musicians from around Varese, whose short story is similar to the one of many other prog artists of the time: they entered the studio with very restricted time and budget, and forged a little jazz-rock/fusion gem, before disappearing (almost) completely.

Over the long LP tracks undoubtedly rises “Ebete”, an over-20-minute suite that fills the entire side B of the record.
The album is very rare also in its unique recent CD reissue (AMS, 2006), and it’s now available in a perfect vinyl replica of the original 1974 release (the band had already folded a year before).