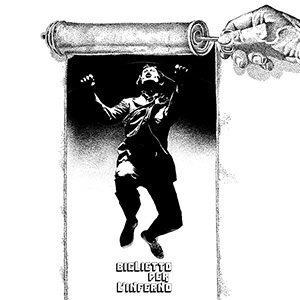 Side B:
4.Il Nevare
5.L'amico suicida

Born in 1972 in Lecco, in northern Italy, from the ashes of Gee and Mako Sharks, Un Biglietto per l’Inferno are still regarded as one of the most influential Italian prog bands, despite a single LP release, their magnificent eponymous album from 1974. The band had an intense live activity, that took to a very powerful sound driven by the twin keyboards of Banfi and Cossa and the lead guitar of Mainetti, with flute intermissions by singer Claudio Canali.