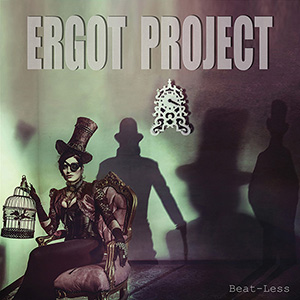 Ergot Project is the brainchild of Sardinian bassist and producer Christian Marras: it’s a ‘collective’ open to various artistic expressions, meant to have as its sole purpose the total creative anarchy in the creation of new musical productions.

Curiosity and the desire to deconstruct some historical songs by The Beatles has led to the release of the Project’s debut album, “Beat-less”, in yet another demonstration of the fact that the Fab Four’s compositions are timeless works, that can be adapted and arranged in any musical context. Despite its name, this record finds in the beat, intended as ‘rhythm’, one of its strengths. Melodies and choruses remain perfectly recognizable of course, but everything that revolves around them has been completely revisited in a very personal heavy-electro-prog key. An unexpected and interesting tribute, which amazes at each listen!