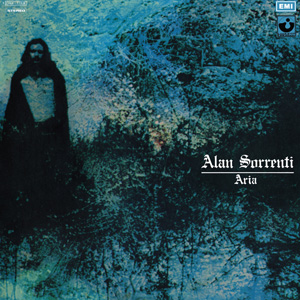 A very important artist from Naples, Alan Sorrenti released his first album in 1972 on the legendary Harvest label.

“Aria” is an absolute Italian Prog classic, with two different sides: the first only contained the long title track, a dreamy psych-suite starting with acoustic guitar and based on the marvellous instrument-like voice of Sorrenti, and exploding in the final part with a memorable violin solo by Jean Luc Ponty. Side two is softer, with three tracks, two of which also appeared on a single, including the beautiful “Vorrei Incontrarti”.