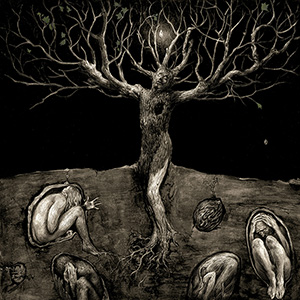 Take a modern progressive rock fan and let him listen to the first notes of “A Drop of Light”, debut album from a new project called All Traps on Earth: wehave no doubt that it will take him a few seconds only to recall a name that has become a legend of Scandinavian symphonic prog: Änglagård!

As a matter of fact, All Traps on Earth is the name chosen by Änglagård’s founding member and bassist Johan Brand for this project of his, involving guitarist Thomas Johnson and drummer / percussionist Erik Hammarström from the same ‘source band’. They are joined by Johan’s talented daughter, Miranda Brand on vocals, as well as a plethora of guests from the Swedish scene.

Almost five years of painstaking work and an obsessive care and attention even for the smallest details have led to the creation of an exceptional work that starts Änglagård’s music, amplifies its complexity and epicness, and enriches its sonic spectrum thanks to the presence of five other musicians on guitar and wind instruments. As for instrumentation, improvisation,dynamics, rhythmic shifts and atmosphere, All Traps on Earth have put nolimits, releasing a monumental record, destined to leave a mark not only forthe current year 2018, but also in the future to come.

Fans of King Crimson, Goblin, Magma, the Canterbury scene and even of Ennio Morricone, whose sounds are frequently recalled during the record, will enjoy this album for sure, but we have no doubt that any prog-lover will appreciate this unexpected, fantastic album