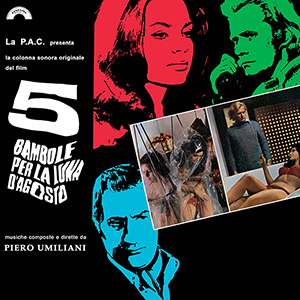 “5 Bambole per la Luna d’Agosto” (5 Dolls for the August Moon), directed by the Italian master of thriller Mario Bava, is today considered a great cult film of Italian cinema. Underestimated by many, due to unconvincing screenplay and dialogues, the work has to be rediscovered thanks to its chromatic and photographic techniques, on which at the time – and in many ways still today – Bava was second to none: the same horror Maestro Dario Argento paid homage to him several times in many of his films. In the cast we also find a young Edwige Fenech, still far from the frivolity of the Italian comedy of the following years.

In the same way the music of Goblin is perfectly suited to Argento’s moving pictures, “5 Dolls for the August Moon” cannot be separated from its beautiful soundtrack of another great composer, Piero Umiliani, who fully lived the evolution of popular music in Italy, from the first late ’50s rock’n’roll stirrings through beat, psychedelia and the early ’70s progressive rock. All these influences are mixed in this musical commentary, with a solid jazz background, which Umiliani was a true exponent of, and a pinch of lounge atmospheres that made his style quite unique.

Originally published in 1970 on Cinevox Record, in conjunction with the release of the film, the soundtrack of “5 dolls…” is among the rarest and most sought after items in the Cinevox catalog, and has never been reissued on LP until now. This edition, as well as the original version tracks, retrieves the song “Ti risveglierai con me” played by the Balletto di Bronzo and featured in the film ending credits.

A must have reissue for a classic of Italian underground cinema! 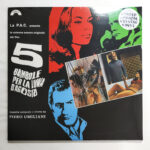 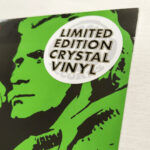 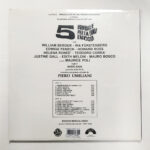 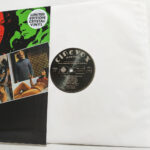 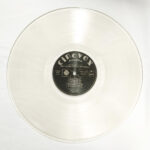