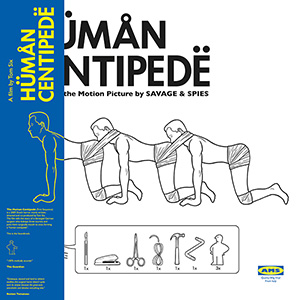 Second blue vinyl edition, enclosed in a gatefold cover with artwork by Ed Harrington, contains also a very special add-on: a temporary tattoo with the illustration the centipede project designed by Dr. Heiter himself!