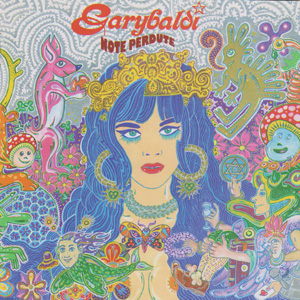 An amazing collection of rarities for one of the most important bands of Italian 70′s prog-rock: Garybaldi. This anthology contains a track that was meant to be included in their Gleemen debut, some live and alternate versions recorded between 1969 and 1998, and an amazing gem, three live tracks recorded during the Naples Be-In festival of 1973, one of the very few testimonies of those legendary festivals, as in those times no one used to record gigs in Italy!

The artwork has been entirely conceived by Matteo Guarnaccia, one of the most important psychedelic painters in Italy: inspired by the famous “Nuda” cover art, he draw a marvellous triple gatefold artwork.

This record is issued in triple gatefold LP with 180gr. black vinyl.